Down Home Cooking in Denmark! 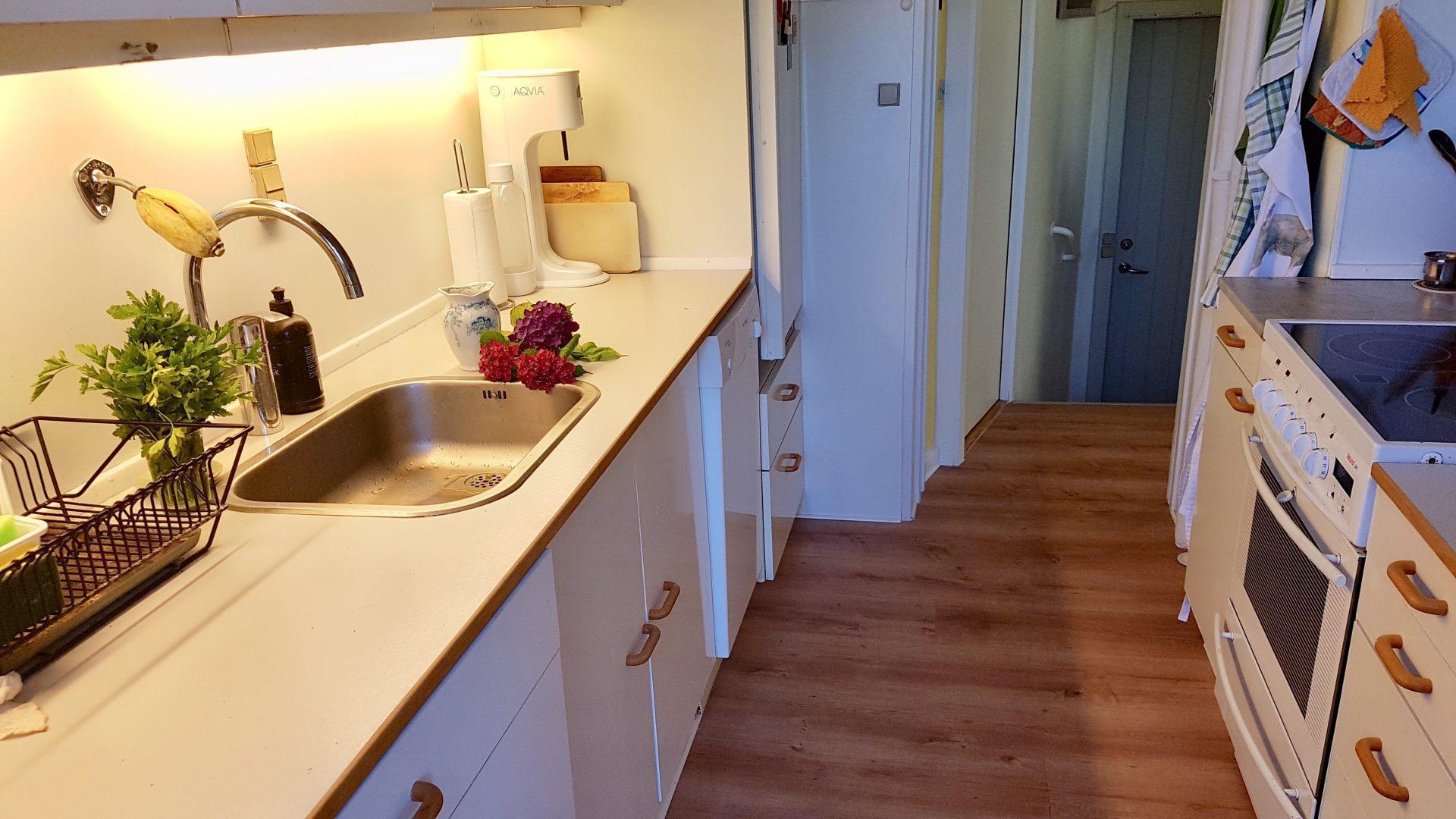 Down Home Cooking in Denmark!

The theme for this month’s newsletter is cooking in a Danish kitchen.  This was an easy topic to pick since my father and I recently returned from visiting family in Denmark.  Even though we are not direct relatives, the close ties we had with the Thannings over the years makes them undeniably family.  On this trip, I had the privilege of cooking with Aunt Karen in her home outside of Copenhagen.   But the question often comes up on how this relationship began.

In 1960, Karen Thanning signed up for a high school study abroad program to the United States.  Gratefully, she was paired with my Grandparents Sabin (on my father’s side) who lived in Milwaukie, Oregon.  At that time, my parents and I (as an infant) were living in Cascade Locks, Oregon where Dad was a new high school teacher and coach.  My aunt Jan, Dad’s younger sister, and Karen attended high school together in Milwaukie.  After Karen’s year in the US, she returned to Denmark to graduate high school.  That was 1961 and the year my family moved to Germany.   I was very young, but I have seen the photos where we shared Christmas in their home in Haslev (southwest of Copenhagen) that year for the first time.

Karen’s father Emmanuel was a college professor of Art in Haslev.  Just two years later in 1963, was the next reunion when Karen’s parents arrived in Oregon.  Emmanuel taught art at Milwaukie high school and his wife Anna, who was an incredible cook, worked preparing food in the school cafeteria and learned English.

Karen and I have fun cooking together.  A few weeks ago, we took it a notch higher as I wanted to learn how to make some of her summer recipes.  She is more than qualified as a culinary teacher, as she worked the first 25 years of her career as a journalist for family magazines (like our Better Homes and Gardens).  Then she became co-editor of the Danish magazine Hjemmet where she continued to write and publish articles on health, food, wine, fashion, gardening and travel.

Danish food is appealing to me because they use fresh local ingredients like shrimp, veal, havarti cheese, rye bread and an assortment of fruits and vegetables.  They are famous for open faced sandwiches, called Smorrebrod.  And there are so many toppings to choose from including; marinated salmon, egg slices, chicken salad, steak tartare, liver pate, smoked ham, pickled cucumbers, and pork roast.

Isn’t it interesting how the names of some foods often get lost in translation?  For example, I am thinking of french fries or German chocolate cake that really aren’t French or German.  The same is true for danish pastry.  Ironically, they aren’t Danish but originated in Austria.  This famous danish pastry is called wienerbrod or viennese bread.  It is sweet, light and flaky like a croissant.  But it is braided with layers of thin apples inside and white icing on top.  The pastry is served sliced and is a multilayered dessert of goodness!

I have been learning about the worldwide trend that is happening to renovate kitchens into the Danish minimalist style.  Denmark is reforming the kitchen industry with their exports that are stylish, modern and clean along with using less space.  The Danes also use a great deal of natural and artificial lighting.  That comes in handy in the winter months when it’s dark for long hours or summertime where there is ample sunlight.  Their kitchens are bright with natural colors and void of clutter.  As with other aspects of their lives, they like to keep things simple.  It is all about family and friends and not so much about having things.  That makes their culture so special!

So, I guess you won’t be surprised that the four new recipes for this month are all Danish.  They are: Danish Veal Patties (see Meat Lovers), Danish Potato Salad (see Veggies and Spuds), Cucumber Salad (see Leafy Things) and Strawberry Compote with Ice Cream (see Sweet Things).

Cutt-ing to the Case in Oxford, Maryland and Worcestershire Origins!