Vicky, a good friend of mine, recently wrote to me about making the Sloppy Joe’s Stuffed Tomato recipe I published last month.  I was pleased that she took the time to add her final photo before she and her husband Eric sat down to dinner.  She had a few comments that I would like to share with you.  “So, we both truly loved them!… delicious.”  “Oh, and I took your advice and made the homemade sloppy joe sauce… great recipe”.  “Had a hard time coring the tomatoes.  I used a knife and then switched to a grapefruit spoon.  Any suggestions?”.  To address Vicky’s question, I have now updated and added some notes on coring tomatoes to the actual recipe.

As we all know, the ever-popular cheesecake is a sweet desert with the main and thickest layer consisting of a cream cheese base.  As usual, I got to wondering about its history.  Apparently the first “cheese cake” may have come from Greece and they used wheat, honey and cheese to make the sweet cake.  Cheesecake was thought to be a good source of energy especially for the athletes that competed in the first Olympic games in year 776 B.C.  For that reason, they were served small cheesecakes before their events.  Jumping ahead in time, it was also interesting to learn that in 1872 a New York dairy farmer accidently invented cream cheese while trying to make the french version of Neufchatel cheese.

Dave and I enjoy living in Delaware.  But we often find that people don’t know much about this small state.  For instance, Delaware has beautiful beaches.  We recently took a trip to Dewey beach and not only was the water clean, but the beaches were pristine.  While in the neighboring town of Rehoboth, we had an amazing dinner at Fresh Air restaurant.  They are known for their popovers served with caper cream cheese and red pepper jelly (shown in my footer photo).  As you recall, popovers are a light and airy roll made with an egg batter and baked in muffin tins (like Yorkshire pudding).  I found their popovers to be just as good as the ones we had at Jordon’s Pond restaurant at Acadia National Park in Maine.

Here are the 4 new recipes for September: Lemon Ricotta Pancakes (under eye openers), Easy Shrimp Fried Rice (under pasta and rice), Baked Fish with Fruit Salsa (under from the bay) and Raspberry Cheesecake (under sweet things).  They are listed in the recipe index and under the respective categories. 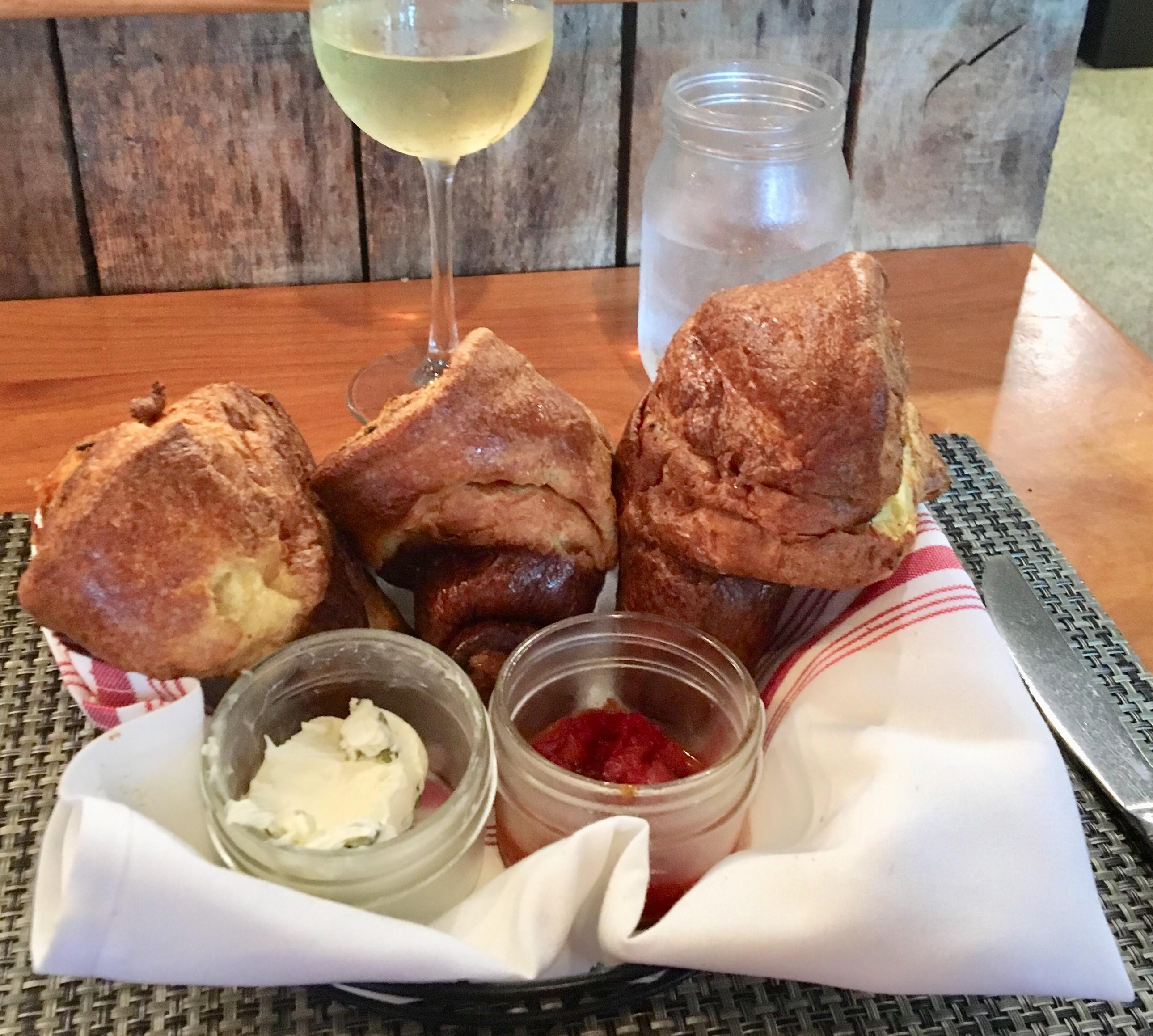 Cutt-ing to the Case in Oxford, Maryland and Worcestershire Origins!