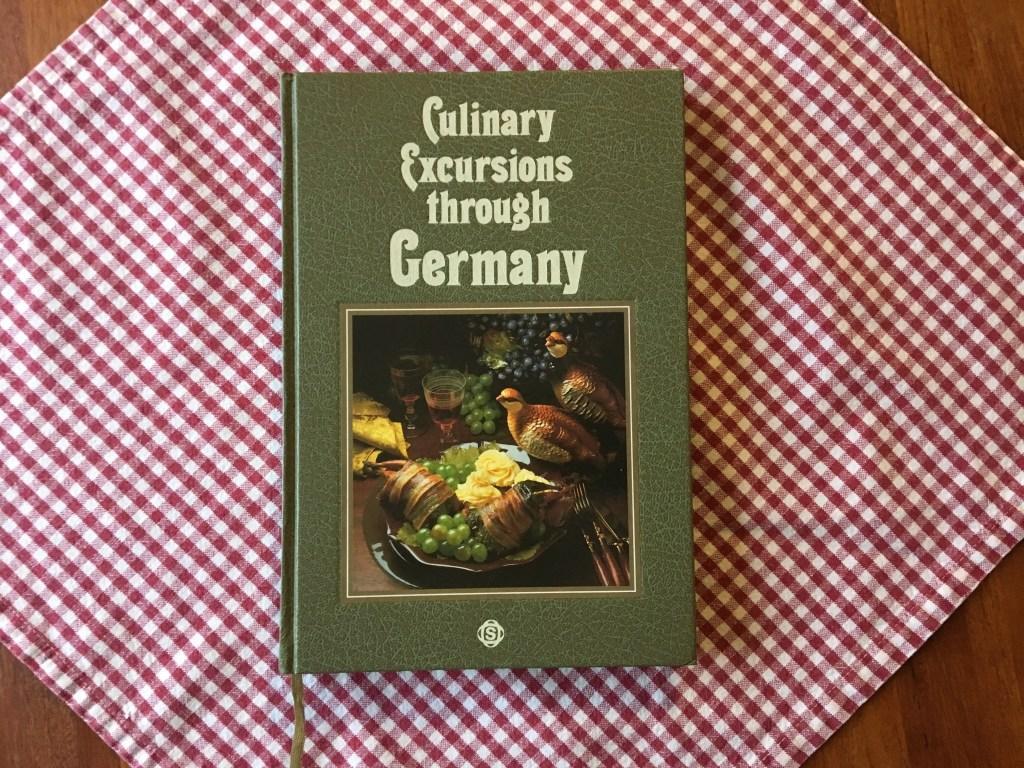 My topic for this month is German cuisine.  Culinary Excursions through Germany  is a cookbook my mother gave to me for my birthday in 1987 while Dave and I were stationed in Japan.  It has turned out to be a handy book over the years as I learn more about cooking German food.

There seem to be a dozen famous German dishes that come to mind.  The first dish I learned to make when I was in junior high school was wiener schnitzel.  There are many different types of schnitzel, but this is probably the most famous.  Wiener schnitzel is a Vienna style breaded veal cutlet served with lemons.  I enjoy paring schnitzel with homemade spätzle, which are egg dumplings.

Beef rouladen is also a top dish which originated in Bavaria.  Rouladen are thin slices of beef filled with bacon, onions, pickles and mustard.  Another national dish is sauerbraten, which is slowly cooked pork pot roast that is tasty and tender.  Meat dishes traditionally are served with salad, vegetables or sauerkraut.  Also, Germans are fond of potatoes.  The most popular seem to be bratkartoffeln (pan fried potatoes), pommes frittes (french fries) or potato dumplings.

I consider German pretzels to be heavenly.  You will find pretzels at any festival.  Traditionally pretzels are served with salted, white radishes in a spiral along with mustard, cheese and cold meats.  And you can’t talk about German food without bringing up wurst.  There are over 1500 different types of wurst in the country.  Originally from Nuremburg, bratwurst (pork sausage) is the most popular.  While weisswurst (white sausage) is known in Bavaria and served with sweet mustard.  Then in 1947, curry wurst was invented in Berlin.  Those are bite size pieces of wurst covered with ketchup and curry powder that have become a fast food favorite.

My goal is to feature German dishes in the blog over time.  But for now, I have added four new recipes and they are: seven-layer salad, jambalaya, tuna casserole and black forest chocolate cherry cupcakes. 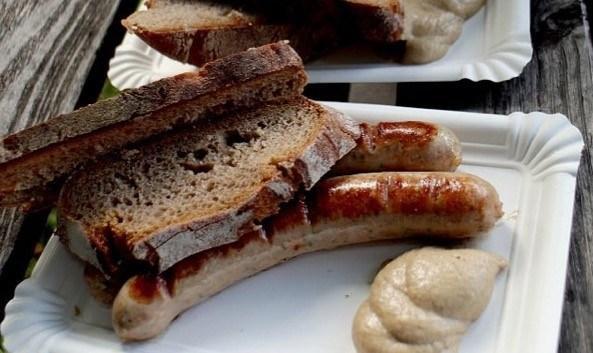 Happy New Year and Cooking Aboard in Charleston!